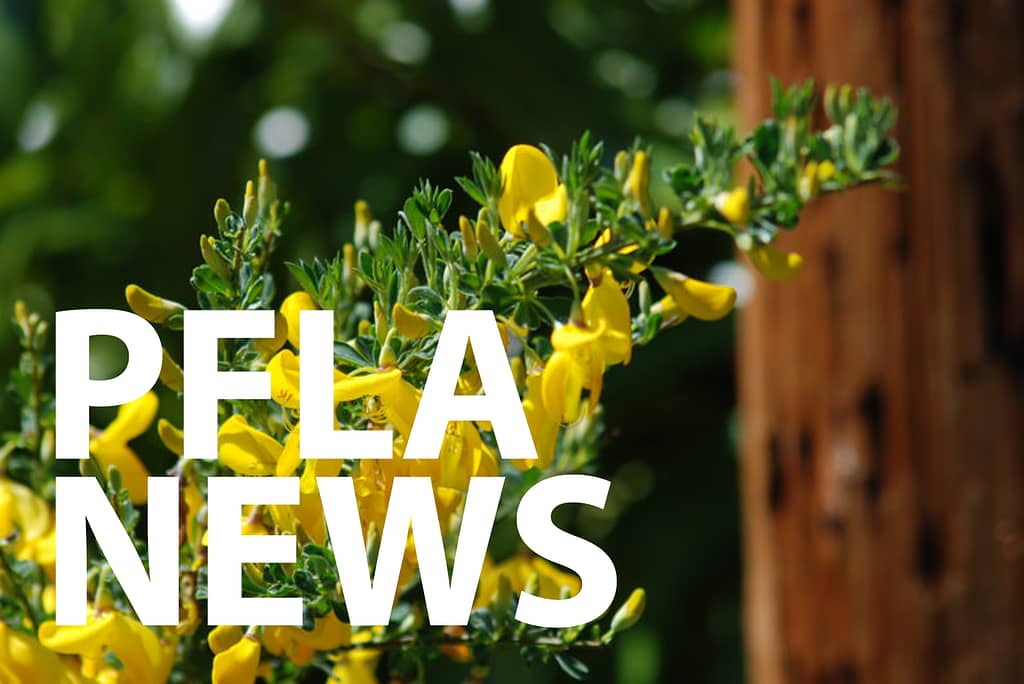 This week’s annual Invasives Forum 2021, hosted virtually by the Invasive Species Council of BC is a reminder of the opportunities to consider non-native plant species in the management of private forest lands in BC.

Scotch broom (Cytisus scoparius) is an example of an introduced species that has spread widely throughout BC, with concentrations on Vancouver Island, the Queen Charlotte Islands, the Kootenays and North Okanagan areas. It is found mainly on disturbed sites like rangelands, roadsides, and areas of recent logging.

Scotch broom is a shrub that can increase the intensity of wildfires, obstruct sight lines along roads, and crowd out native plants that animals depend on. A mature plant can live up to 25 years and produce seeds that can survive in the soil for 30 years. This video by the Invasive Species Council of BC offers some tips on how to identify Scotch broom.

Mechanical treatments can be effective in controlling the spread of Scotch broom and is most effective if all of the plant is removed, no seeds are dropped, and soil disturbance is minimized. Herbicide use is also effective on select sites and should be applied using appropriate safety gear and permits, through selective spot spraying, basal stem injection, or cut surface application to minimize non-target damage.

For more information on Scotch broom and other invasive species in BC, visit www.bcinvasives.ca